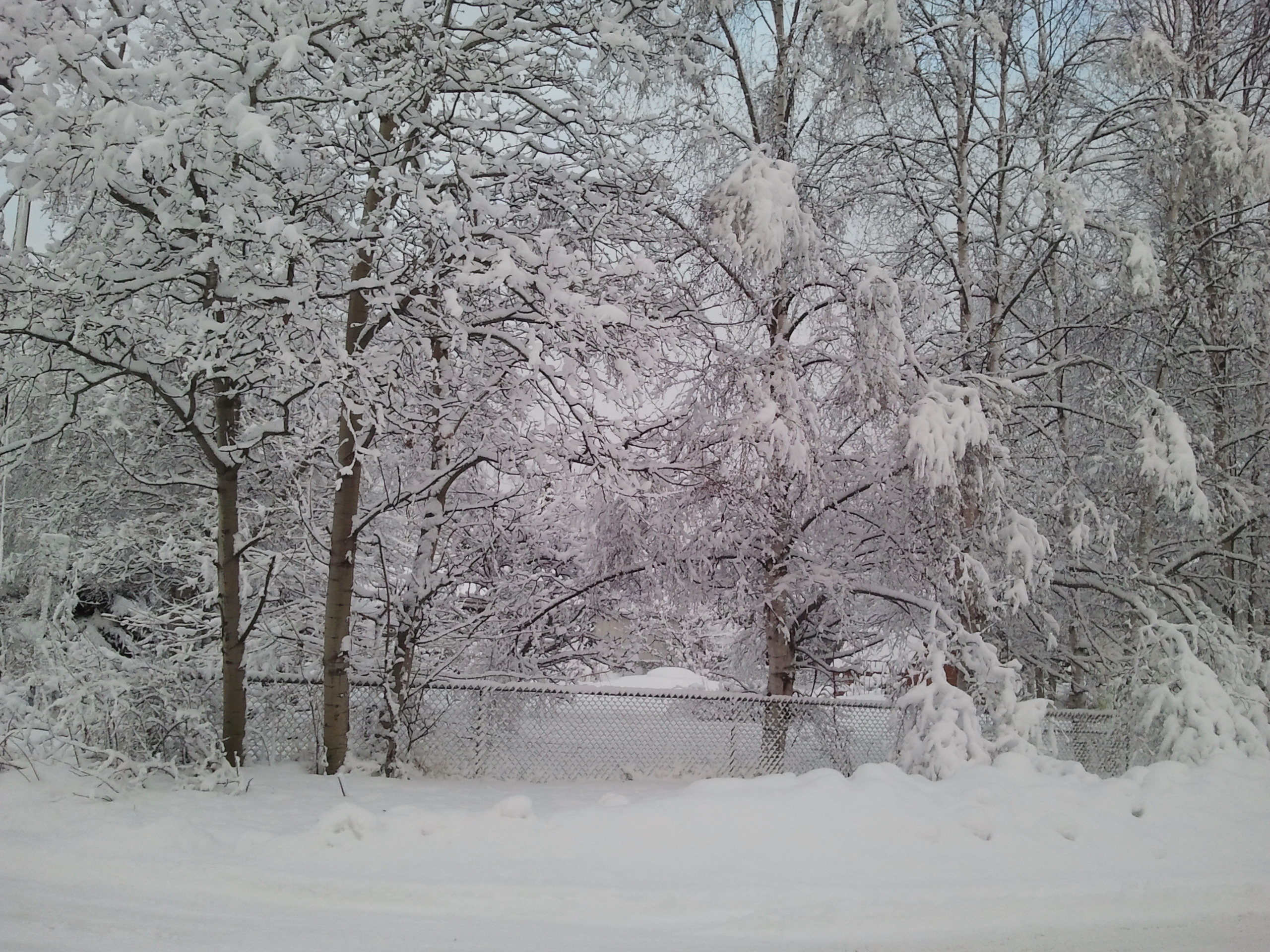 In 1979 I was working for my sister transcribing when she told me that she was running out of work and could no longer keep me working; she had to do the work herself.  Fear came over me because I didn't have any self-esteem; I believed no one would hire me.  It was November, close to Thanksgiving and I needed December’s rent money, money for bills, and food and Christmas gifts for the kids.  I started hearing voices, feeling overwhelmed by the prospect of looking for work.  Fear knotted in my stomach.  My heart pounded in my chest.  I paced in small circles.

I was in a group therapy at Anchorage Community Mental Health Center that was with my psychiatrist, therapist and other clients.  I brought this up at group one night, telling everyone I was afraid that no one would hire me because I didn’t have good skills.  The members encouraged me and suggested that I type up a resume and bring it the next week to group so they could see it.  I worked hard on it.  I went to the library, researching how to write a resume.  I had it ready for the group the next week and passed it out to everyone.  As they read it, individuals said that I had experience and I could do secretarial work.   They encouraged me to look for a job through the newspaper and employment agencies.

I searched newspapers, but it was the holiday season, no one was hiring so I decided to go to an employment agency.  I had to pass a typing test with 60 words per minute and no more than 5 errors.  I flunked the test.  The staffing rep told me to go downstairs, have a cup of coffee and come back to retest.  I was trembling.   I returned after my cup of coffee; took the test; and flunked it again.

She told me to go downstairs, take a walk up and down the block and say to myself, "I am now passing the typing test at 60 words per minute with no errors!" and to come back and retest when I was ready.  After an hour, I went back upstairs, retook the test and I flunked.  I was devastated.  The voices were telling me, "You're so dumb.  You can't pass this test.  Just go home and kill yourself."

I began crying and the staffing rep took me into a room so that we could talk privately.  I told her that I had been diagnosed with acute paranoid schizophrenia.  I shared that I was told that my life was over and that I would never be able to work.  I told her that a previous therapist told me I had to accept that I was mentally ill; I needed to sign up for welfare, aid to families with dependent children, housing assistance and food stamps.

I told the rep that working would help me recover.  I explained that I had more fear of the welfare system than going to work and I wanted to prove the experts wrong.  She said, "We can help you.  Here's our next step.  I'm giving you spelling, word comprehension, English and math tests."  She added, “I know you can pass them."  She was right; I passed all of them.  She was so excited, "I knew you could do this! Go home, come back tomorrow and retest your typing again.”  She suggested I continue the affirmation.

That night my friend Nancy called.  "I've been praying for you and impressed on my heart is something I must tell you.  You are to start taking God at his word in Exodus 23:10 and pray without ceasing the following: "God is sending an angel before you to lead you to the place God has prepared for you.  You are to change one word.  You are to remove "place" and insert "job."  Your prayer is:  "God is sending an angel before me to lead me to the job God has prepared for me."  I wrote it down. I began reading it at night, in the morning, before I went to the employment agency, and I continued the typing test affirmation too.

The next morning I flunked the test again.  The staffing rep said, "Follow me.  I want to show you something."  She laid out my English, spelling, word comprehension and math tests.  "Look at your scores.  Nothing less than 98%.” She said, “you have what it takes to be a secretary."  Then she laid out my typing tests.  My name and dates were on the top.  She pointed out saying, "Look at this first one.  Your typing speed is very slow and you had many errors.  Look at the second one.  There is improvement even though you flunked it.  Look at the third one. See how much more you improved since the first test."  I saw a pattern emerge as she showed them to me.  It gave me hope that I could pass the test!

"I want you to come back every day to retake the test until you pass" she urged.  It took me almost two weeks to pass it.  When I did, I passed with 60 words per minute and 3 errors!  She declared, "Great!  Now I can send you out on interviews!"

She began referring me to companies to interview.  I didn’t get offers, but she told me not to give up that my job is out there waiting for me!  It was like she knew about the Angel that God sent to lead me to my job!  One day that week, my sister called to tell me that  my attorney who handled my divorce said there was money left and he was sending a check by messenger to her office for me. It was enough for the rent, some food and Christmas gifts for the children!

It was close to Christmas now and I still didn't have a job.  The staffing rep called and asked if I would take a 6-day temporary job during Christmas and New Year's weeks.  "Absolutely!" I said.  I had another problem though.  I was taking Thorazine which made me sleep a lot, making it hard to wake up in the morning.  I was afraid I would not make it to the temporary job on time.  That night, I knelt down and prayed, "Thank you for the temporary job!  Help me get to work the next 6 days on time.  If I can make 6 days, then I can work. I trust you."  When I went to group the next night, I told them about my fear of not being able to get up on time to go to work.  They came up with a strategy.  During those 6 days everyone would take turns calling me so that I would wake up to go to work.  One person volunteered to call me at 6:00 am; another volunteered to call me at 6:15 am, another at 6:30 am, another at 6:45 am and another at 7:00 am.  They suggested that by that time, I would be awake and I could make it to work on time.

Well, I made it on time every day thanks to my friends in group.  On my last day on the job, they asked me to come back for the month of January to help the Office Manager.  Before the end of January 1980, I was offered a full-time job and I knew this was "the job that God had prepared for me!"  I held the job for 5 years.  I continued to have episodes of "mental illness," but they gave me support.  I was right, the job helped me recover.  With the support of family and friends and a lot of hard work, I did recover from this thing called "mental illness."

A Perspective on the Recovery Process